Divorcing? The New Jersey Law Against Discrimination Protects You 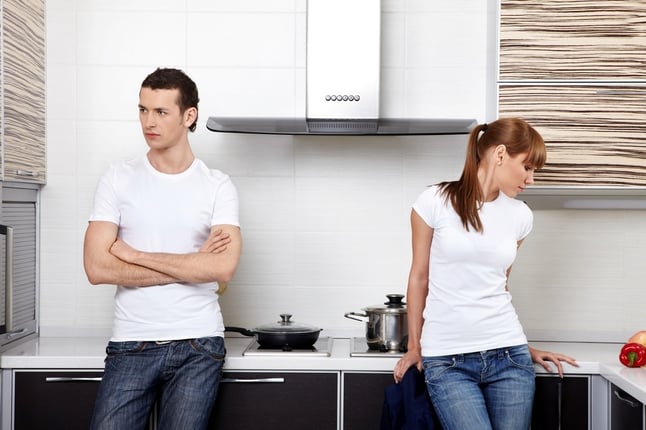 Recently the New Jersey Supreme Court concluded that protected “marital status” is not only limited to the state of being single or married. Employers have never been able to hire or fire someone for being married or unmarried, but the court’s ruling stated that “marital status” should be read broadly to include people “in transition.” That includes those who are preparing to get married as well as those who are going through a divorce.

The Protections of the New Jersey Law Against Discrimination (N.J.S.A. 10:5-1)

As one of the most comprehensive statues protecting employees against discrimination in the workplace, the New Jersey Law Against Discrimination ("NJLAD") prohibits employment discrimination based on race, creed, color, national origin, ancestry, age, familial/marital status, sex or sexual orientation, atypical cellular or blood trait, genetic information, or service in the armed forces. The NJLAD prohibits employers from implementing employment conditions that have no connection with an employee’s job responsibilities related to a protected status or characteristic. “Marital status” is one of the characteristics that is protected, i.e., one which cannot be the basis for decisions about a worker’s employment. The NJLAD’s marital status protections apply equally to those in a same sex marriage.

The courts have extended the protection of the NJLAD to people in circumstances related to the protected classes or characteristics that are not specifically enumerated by the statute. It has long been held that the prohibition on sex discrimination protects from discrimination based on pregnancy (since only women can be pregnant). The recent ruling in Smith v. Millville Rescue Squad clarifies that the prohibition from discrimination based on “marital status” also prohibits discrimination against those going through the process of divorce, as well as discrimination on the basis of someone’s status as unmarried, engaged to be married, or divorced. Therefore, it is unlawful for an employer “to refuse to hire or employ or to bar or to discharge or require to retire” individuals based on marital status.

Defining “Marital Status” to Include Protection for Divorcing Individuals

The bar on “marital status” discrimination has long been held to apply to bias based on a person’s state of being either married or single, though the term was not defined in the statue.

In the latest case, Smith v. Millville Rescue Squad, Smith was fired after both he and his wife told his direct supervisor, John Redden, that he was having an affair with a volunteer. Redden told Smith that he was unable to promise that the affair would not affect Smith’s job; Smith was later fired. Smith filed a lawsuit against the Millville Rescue Squad arguing claims under the NJ Constitution and the NJ Law Against Discrimination for wrongful termination based on his marital status and sex. The trial court dismissed Smith's claim before it could reach the jury on the basis that being in the process of divorcing wasn’t a protected characteristic. His appeal ultimately found its way to the New Jersey Supreme Court, who considered whether being in the process of divorcing fell under the “marital status” protection.

Now, eight years after the lawsuit was first filed, the Supreme Court has ruled in favor of Smith. It also clearly defined the term “marital status,” to broadly expand the law’s protection to include “a never-married employee, an engaged employee, a separated employee, an employee involved in divorce litigation, or a recently widowed employee.”

Can I Be Fired Because I Am Getting Divorced?

As mentioned above, you cannot be fired because you’re getting a divorce (even if the marital separation threatens to turn “ugly”). The ruling clarified that an employer may not chastise, obstruct promotions, or terminate an employee because they are going through a divorce when it doesn’t have an impact on the quality of their work or affect the atmosphere at their place of employment.

In the Smith v. Millville Rescue Squad case, the court concluded that the NJLAD “prohibits an employer from discriminating against a prospective employee or a current employee because they are single, married, or transitioning from one state to another.” An employer that discriminates against an individual because they are in the process of divorcing could be held liable for compensatory damages such as lost wages and emotional distress.

No one should ever feel afraid that a personal life event such as a divorce could cause them to lose their job. If you believe you have been the victim of discrimination related to your marital status, the employment attorneys at the Mark Law Firm can help. Contact us at 908-626-1001 today for a free consultation.