Thanksgiving isn’t for another seven months, but turkeys are everywhere in some northern New Jersey towns. And far from being docile, friendly animals, the birds are attacking residents, interrupting municipal services, and snarling traffic.

One turkey brazenly attacked a Teaneck family in their own home, shattering the kitchen window and landing on their dining table. The woman and her three children fled their home, leaving the bird to wreak destruction. Neighbors have reported turkeys chasing them and attacking them; a gang of angry birds trapped a Hillsdale mail carrier in his truck for hours, preventing mail delivery.

The turkey population has gotten so out of control that Teaneck residents held a community meeting to discuss solutions. Turkeys are a protected species in New Jersey, so only representatives of the state (i.e., employees of New Jersey Fish and Wildlife) are allowed to even touch them. This makes it difficult for residents to protect themselves, especially as the animals get bolder.

NJ Fish and Wildlife representatives encouraged residents to "humanely harass” the turkeys, suggesting that they spray them with a garden hose, make loud noises like banging pots and pans, or chase them away with a dog (on a leash). Representatives are also handing out air horns to residents and rounding up some of the more aggressive birds.

Take Precautions for Your Safety

Adult male ("tom") wild turkeys normally weigh between 11 and 24 pounds and measure between 39–49 inches in length. They can be very aggressive and territorial, especially during the spring mating season. When fighting, they kick with their legs, using the spurs on their back of their feet (behind their sharp talons) as weapons. They also bite with their beak and ram with their bodies. Females are much smaller and much less aggressive, except when defending their eggs or hatchlings (called “poults”).

Wild turkeys can run at speeds up to 25 miles per hour. Unlike domesticated turkeys raised for food, wild turkeys are also able to fly adeptly (reaching speeds up to 55 mph) and like to perch in trees. While they have excellent vision, their ability to see in the dark is poor, so they usually roam and hunt for food during the daylight. They will eat almost anything, foraging for berries, grasses, seeds, and nuts as well as lizards and other small reptiles. Take extra care to make sure your garbage, yard waste, composting, and recycling is covered and secured. Do not feed wild turkeys. Closely supervise your children when they are outside and teach them not to approach, touch, or interact with the animals.

Turkeys Can Cause Serious Injury

A turkey’s sharp talons may puncture vital organs or cause severe lacerations, especially to a child, which can require extensive treatment to repair, including plastic surgery and physical therapy. Like other animals, including dogs and cats, attacks could also result in transmission of diseases like rabies or even death. A person who suffers an animal attack may suffer from emotional distress or post-traumatic stress (PTSD) in addition to observable physical injuries and may have long-term disabilities or scars. Facial injuries may also sever important nerves, preventing the victim from facially expressing emotion.

Wild turkeys, unlike dogs or other household animals, don’t have an owner who is legally responsible for their behavior. However, you may be able to recover for injuries you or your child suffers under your homeowner’s insurance policy. An experienced personal injury attorney can best determine the value of compensating you for your particular injuries and present it to your homeowner’s insurance company.

Promptly Report any Animal Attack to the Authorities

Like any other animal that appears to pose a danger to the community, residents are encouraged to call 911 or animal control if they believe a wild turkey is dangerous or threatening. If you have been attacked or bitten by an animal, reporting an incident is essential to both preserve public safety and ensure that you are able to pursue appropriate recovery for your injuries. Animal control will conduct an investigation to determine what the appropriate action should be for the animal. It also monitors whether animals are suspected of carrying diseases such as rabies.

If you’ve been injured in an animal attack, our Newark personal injury lawyers can help. An experienced New Jersey animal attack lawyer can assist you in initiating and investigating your injury case and in recovering fair compensation. We will be your advocates from evaluation through resolution of your claim. Contact the experienced attorneys at the Mark Law Firm for a FREE consultation.

Learn more here about how an experienced personal injury attorney can help you in our FREE eBook – click the link below. 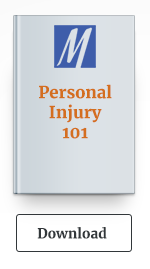