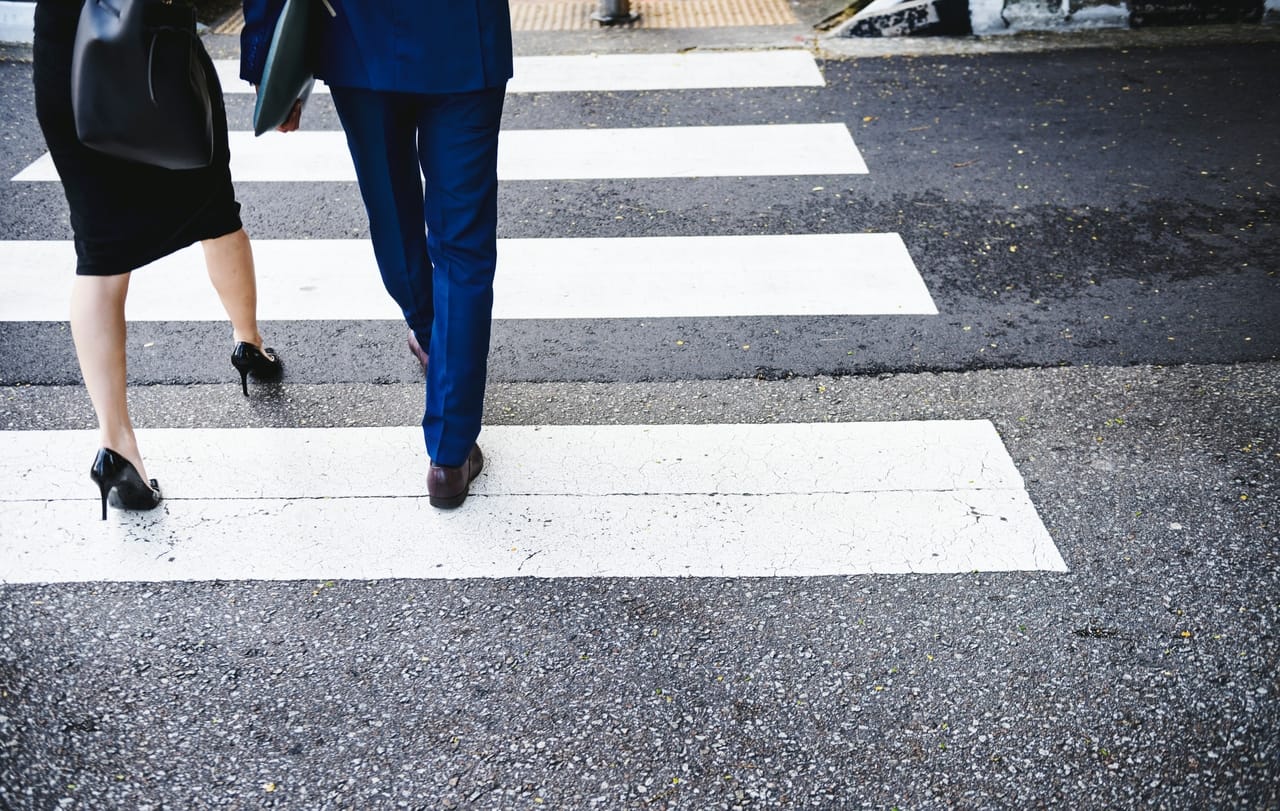 In recent years, the number of pedestrian fatalities in the United States has grown significantly faster than all other traffic-related deaths. Knowing your responsibilities as a pedestrian can help prevent these occurrences and can help you recover if you have suffered injuries as a result of an auto-pedestrian collision.

According to a 2017 report from the Governors Highway Safety Association, across the United States, the number of pedestrian fatalities increased 27 percent from 2007 to 2016. In comparison, all other traffic deaths decreased by 14 percent during that period. As a result, the percentage of pedestrian deaths as a proportion of total motor vehicle crash deaths also increased steadily, from 11 percent in 2007 to 16 percent in 2016. Shockingly, pedestrian fatalities now account for a larger proportion of traffic fatalities than at any time in the past 33 years.

Approximately 26% of those fatalities occur in intersections. In an effort to combat rapidly escalating pedestrian deaths, a change in the New Jersey crosswalk laws went into effect in April 2010. The state also developed the Street Smart New Jersey program, a public education campaign coordinated by the North Jersey Transportation Planning Authority that “aims to raise awareness of pedestrian and motorist laws and change the behaviors that lead to pedestrian and cyclist crashes and fatalities.”

Related Article: Why Should I Get a Lawyer for My Personal Injury Claim?

Liability and Responsibility of New Jersey Drivers and Pedestrians

Under the law that took effect in 2010, automobiles and other vehicles must come to a complete stop for pedestrians within a marked crosswalk and must yield to pedestrians crossing the roadway in an unmarked crosswalk at an intersection. The law provides exceptions for “crosswalks when the movement of traffic is being regulated by police officers or traffic control signals, or where otherwise prohibited by municipal, county, or State regulation, and…where a pedestrian tunnel or overhead pedestrian crossing has been provided….” It is also against the law to overtake and pass a vehicle that is stopped to permit a pedestrian to cross the roadway. Violation of the statute can result in a traffic fine and, potentially, imposition of community service requirements.

Conversely, pedestrians have the responsibility to avoid suddenly leaving the curb, sidewalk, or other “place of safety” and entering into a crosswalk into the path of a moving vehicle that is so close the vehicle is unable to yield. (This is sometimes called “darting out.”) If a pedestrian is outside of a marked crosswalk at an intersection, they must yield the right of way to vehicles on the roadway. Like drivers, pedestrians who fail to abide by the requirements of the law may be subject to a fine.

Have You Been Injured in a Pedestrian-Auto Collision?

When a driver fails to exercise the degree of care that is reasonable and expected under the law, and that failure results in an injury, the person is said to be “negligent” and may be held liable for the damages they caused. New Jersey personal injury law also recognizes "comparative negligence," where the amount of damages an injured party collects may be reduced proportionately by the amount that can be attributed to their own negligence.

Successfully pursuing a pedestrian-automobile personal injury case depends on a skillful, complete analysis of the facts, and every case is different. If you’ve suffered injuries as the result of an automobile accident, you should consult with the experienced personal injury attorneys at the Mark Law Firm immediately. We can help you recover what you deserve for your injury claims. Contact us now for a free, no-obligation consultation.