Workers' Comp FAQ: Are You an Employee or an Independent Contractor?

Many cases have been in the news lately that call into question who is legitimately an “independent contractor” or “1099 employee” (named for the tax form issued to independent contractors). In New Jersey, per the Department of Labor and Workforce Development, any person who gets paid for performing services is an employee unless he or she meets each aspect of a three-pronged “ABC” test, which determines whether a worker is properly considered an independent contractor:

The employer doesn’t control or direct how the worker performs the service. 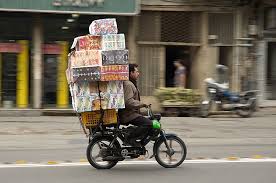 This requirement must be met according to both the terms of the worker's service or contract AND in actual job performance. So, for instance, if a New Jersey company hires a courier to pick up a package from New York City and transport it to California but makes no other restrictions on how, when, or in what manner the courier does so, this is likely an independent contractor relationship. At the other end of the spectrum, if the company requires that the worker come to its facility, put on its uniform, drive the package using its truck, make scheduled daily stops to check-in, take a particular route, arrive at a specific time, and adhere to a company code of conduct while en route, this will likely be considered an employment relationship (even if it's a temporary one).

Most service-for-hire relationships aren’t this hands-off or clear cut, however, and the confusion comes with how much direction is enough to prevent it from being just an “independent contract” relationship. For example, if the business allows the courier to drive his own truck but requires him to take a certain route and make regular check-ins, is that enough to disqualify him from being considered an independent contractor? What if the business also requires him to adhere to a set daily schedule or use one of its vehicles for transport? These are questions that must be addressed on a case-by-case basis to determine whether a worker qualifies for the exemption and can be properly classified as an independent contractor.

The service is either outside the usual course of the business or performed outside of all the places of business of the company.

In New Jersey, a company that is engaged in the business of doing something can’t hire extra workers as “independent contractors” to do the jobs it usually has people doing at the locations they usually do them. For example, in the case of our earlier example, if the business that hired the courier is a shipping company that routinely ships customers’ packages cross country, a courier hired to do that same job would likely be considered an employee. On the other hand, if the business is a pet store that primarily conducts business in Basking Ridge but needs to ship one special-order kennel to Los Angeles, it may be more likely that the courier can be appropriately classified as an independent contractor.

A grey area arises under the “usual” language in this requirement. If a business is a Newark shipping company with primarily east-coast operations but contracts with a courier for a cross-country shipment, is he appropriately classified as an independent contractor? What if the shipping business contracts with him about three times a month, at irregular intervals – is this enough to count as a “usual” place and manner in which the company does business? Again, these are questions that must be determined on a case-by-case basis.

Such individual is customarily engaged in an independently established trade, occupation, profession, or business.

While the first two requirements relate more to the business, this requirement revolves around how the worker performs the service. If our courier regularly works transporting packages or goods – for instance, he has business cards that say “Mo’s Courier Service,” claims a home-office deduction on his income taxes, engages in marketing, participates in a small business trade organization, and has multiple clients – it will be more likely that he can be properly classified as an independent contractor rather than an employee. On the other hand, if the worker’s entire income is provided by performing regular courier services for one business, he makes no effort to hold himself out as available for other outside business, and he has no other clients, it is more likely that he will be appropriately considered an employee of the business.

If you believe you have been misclassified as an independent contractor rather than an employee, the experienced employment attorneys at the Mark Law Firm can help.

Our team of experienced lawyers, with locations in Basking Ridge, Newark, and Oradell, will review your unique situation and help determine whether you may have a legal basis for a workers’ compensation, employment, or wage and hour claim and help you take legal action to enforce your rights. Contact us today or visit us at www.newjerseyattorneys.com.

For a comprehensive overview of workers' compensation in New Jersey, see our guide here.