What Are the Rules for Drug Testing in NJ Workplaces? 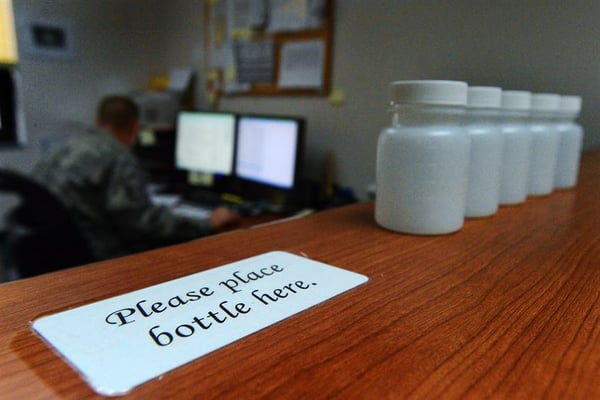 One of the highest priorities of New Jersey employers is to promote safety in their workplaces. Drug and alcohol use, however, can contribute to workplace accidents and create a hazardous environment. One method employers use to combat these dangers is drug testing, either before employees are hired or during their employment (or both). Although New Jersey does not have any laws regulating or restricting drug testing in the workplace, case law provides some guidance on the circumstances in which employer drug testing is permissible.

The New Jersey Supreme Court has recognized that requiring employees to submit to drug testing as a condition of keeping their job may constitute an invasion of privacy.[1] However, the Court determined that for jobs involving “safety-sensitive” positions, random drug testing is permissible to further the interests of public safety and health. It directed that employers should

The reasonableness of a company’s testing policy—i.e., whether it is justified and whether it is executed appropriately according to these standards—must be determined by New Jersey courts on a case-by-case basis. This makes it difficult to determine whether a company’s drug-testing protocols are objectively allowed or impermissible under the law.

Unfortunately, the Court was silent on whether drug testing is permissible for employees who do not hold “safety-sensitive” positions. Further, the Court has ruled that prospective employers may make an offer of employment contingent on taking a drug test.[2]

According to the EEOC Enforcement Guidance, private employers may conduct medical testing, such as drug testing, on their workers when such testing is job-related and consistent with business necessity. It allows this kind of testing when: “. . . an employer has a reasonable belief, based on objective evidence, that: (1) an employee’s ability to perform essential job functions will be impaired by a medical condition; or (2) an employee will pose a direct threat due to a medical condition.”

Disability Discrimination and “Legal” Drug Use

The Americans with Disabilities Act (ADA) also protects an applicant or employee who is taking lawfully prescribed medication. Some prescribed medications, like opiates, can result in a positive result on a drug test; these medications can also be abused or overused. If an employee is terminated or an applicant is turned down because of a positive drug test for a drug that was legally prescribed, the employee may have grounds for a lawsuit. An employer who knows of an employee’s protected disability may have an obligation to engage in the interactive process to determine a reasonable accommodation; however, neither the ADA nor the NJLAD protects employees whose drug addiction or alcoholism impairs their job performance.

Although New Jersey has a medicinal marijuana program that allows its use for certain medical conditions, cannabis remains illegal under federal law. Since the ADA explicitly excludes illegal drugs from its protection, medical marijuana users would not be able to pursue claims thereunder. Under current state law, employers have no explicit obligation to accommodate medical marijuana users and may terminate an employee who fails a drug test revealing its use.

An employer who singles out certain groups of employees for drug testing (e.g., testing employees more frequently who are of a certain race, age group, or gender) could face a claim of discrimination under the NJLAD. If an employer does perform testing in the workplace, it could also be liable if it fails to take appropriate steps to protect employee privacy or otherwise runs afoul of the aforementioned guidance points. New Jersey courts have specifically reinforced the requirement that employers give express, written notice to employees of any testing program and balance employees’ privacy rights with the employer’s need for security and performance in the workplace.[5]

As medicinal marijuana programs become more widespread, states have responded by proposing new legislation and regulatory guidelines for drug testing and other employment protections. The legal landscape will likely continue to shift as these laws evolve.

If you feel like you’ve been discriminated against in the workplace or wrongfully denied employment related to drug testing, you may have an employment discrimination case. Contact the experienced employment law attorneys at the Mark Law Firm for a consultation.