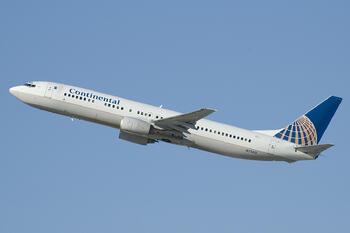 Statistically, air travel is one of the safest methods of transportation available. When accidents involving aircraft do occur, however, the results are often tragic.  When Continental Airlines flight 3407 crashed in Clarence, New York while en route Buffalo in February of 2009, fifty people were killed. Following the incident, an investigation ultimately revealed that pilot error was a major contributing factor to the crash.

As a result of the accident, many of the victims’ families filed federal wrongful death lawsuits against the airlines involved with the flight.  United Airlines, which is the successor of Continental Airlines, and several of its lower-level flight operators recently agreed to the terms of a settlement with many of the plaintiffs.  All parties were scheduled to meet for a hearing in United States District Court, but just prior to that hearing, the settlement agreement was reached. As stipulated by the agreement, the specific terms remain confidential.

Three lawsuits are still pending in relation to the crash.  Those suits, however, were filed in New York Supreme Court rather than federal court. The cases do not involve passengers aboard the flight; they are based on claims stemming from the deaths of several people on the ground who were killed when the plane crashed into a house.

Although the crash occurred in 2009, it took over five years for the victims’ families to reach a final resolution with the airlines.  This length of time is not uncommon for complicated wrongful death or personal injury matters.  When extended litigation is a possibility, it is important to have the help of an experienced attorney who is willing to be patient and continue fighting for your rights until the matter is resolved.  Proper legal assistance can help victims’ families better understand their rights. Although nothing can bring back a wrongful death victim, the legal system provides ways in which the person who caused the death can be held responsible, which may help a family obtain closure after a loved one’s death.