FAQ: Politics in the Workplace 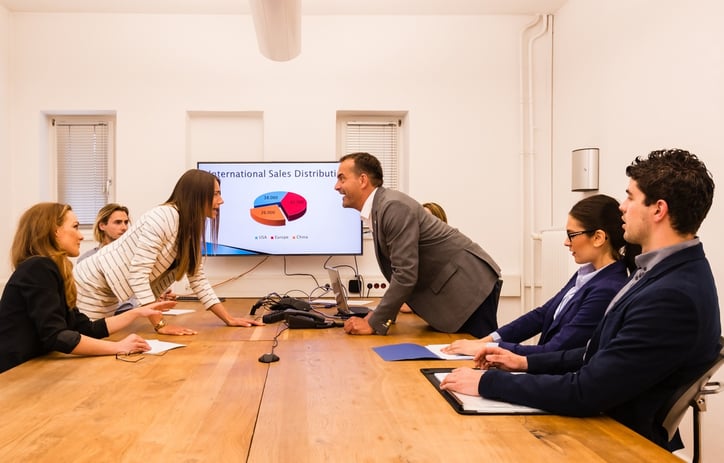 With election day right around the corner, it’s a good time to address politics as it relates to the workplace. Here are some answers to the most frequently asked questions about voting and political issues in the workplace.

Am I Entitled to Time Off Work to Vote?

Many states give employees the right to take paid or unpaid time off to vote on Election Day (which falls this year on Tuesday, November 8th). Unfortunately, New Jersey isn’t one of them. If you work in New York, however, you may be entitled to paid time off. If you do not have “sufficient time” on that day to vote, you will be allowed to take up to two hours at the beginning or end of your scheduled work shift to vote. “Sufficient time” is defined as four consecutive hours between the opening of the polls and the start of your work shift or between the end of your work shift and the closing of the polls. This can be very significant if you live (and vote) in New Jersey but work in New York City. Some employers give employees time off to vote, either paid or unpaid; check your employee handbook or ask your company’s HR department. If your company has a policy regarding voting, it may be obligated to allow you to take time in accordance with that policy.

Can My Employer Ban Political Discussions in the Workplace?

Your employer can prohibit “pure” political speech or conduct, such as wearing buttons or clothing, displaying signs, or urging coworkers to “vote for candidate X.” It can also implement neutral policies prohibiting many kinds of political discussions. However, the National Labor Relations Act (NLRA) protects discussions about the “terms and conditions of employment” by employees in the workplace. This can encompass political topics like discussions of various candidates’ views on health care reform, equal pay, or minimum wage. So, if the button, clothing, sign, or slogan refers to a topic protected under the NLRA—“vote candidate X for real healthcare reform”—its display may also be protected. If you are subjected to an adverse employment action like discipline or termination for conduct protected by the NLRA, you may have a claim against your employer.

All employers have a legitimate and lawful interest in ensuring that employees are productive and that political discussions or activities do not cause or threaten harm in the workplace, create a hostile work environment, or impede the normal operation of an employer’s business. Employers may implement policies and rules restricting political speech or discussions in the workplace to further this goal, insofar as those policies do not run afoul of the NLRA (i.e. seek to limit speech about employment-related topics) and are neutral to all political views.

Do Employers Bear Any Responsibility for Workplace Political Discussions?

Employers have a responsibility to ensure that political speech in the workplace does not create a hostile or discriminatory work environment for employees or otherwise implicate various equal employment opportunity and civil rights laws. Conversations about immigration, racial profiling, police violence, protest movements, and terrorism could be grounds to support a claim of discrimination or harassment against a supervisor based on race, religion, national origin, or ancestry; views on abortion, religious freedom, leave laws, or healthcare rights could be deemed harassing or discriminatory to employees based on gender or religion. If an employee objects to illegal discrimination based on race, sex, religion, national origin, disability, pregnancy, age, or some other protected status, he or she is protected against retaliation by Title VII, the federal law prohibiting discrimination, and the New Jersey Law Against Discrimination (NJLAD). Since political discussions can quickly devolve into conversations that implicate many of these issues, employers should do their best to discourage employees from engaging in this kind of discourse in the workplace.

Can I Be Fired for Expressing My Political Beliefs?

Public employers like schools, police departments, and other government agencies (with exceptions for the Department of Defense) may not terminate or otherwise discipline employees because of their political views or activities. (It is, however, prohibited for public employees to perform campaign activities while on the clock or using public resources.) This protection afforded to public employees by the First Amendment does not apply to employees of private companies, however.

Some states, including New York, prohibit discrimination based on political affiliation and political activity outside of the workplace. New Jersey, however, does not prevent a private employer from disciplining or terminating an employee based on political activity or speech. Use caution when sharing your opinions in the workplace and be aware of what you post on your social media if you are friends with coworkers or supervisors.

Can My Employer Force Me to Vote or Try to Influence My Vote?

Federal election laws allow employers to attempt to persuade only a “restricted class” of “executive or administrative personnel” who receive a salary and have policymaking, managerial, professional, or supervisory responsibilities to vote for or against a candidate. A corporation may not advocate for a particular candidate or political party in its communications to employees outside of the restricted class, including hourly employees. It can, however, take a position on an issue (e.g., being pro- or anti-immigration or for or against an increase in property taxes), without "advocating" for its position to its employees.

In New Jersey, an employer cannot force its employees to attend meetings and listen to one-sided political pitches on behalf of candidates or a political position, but it can sponsor such meetings or communications for employees to voluntarily attend. It is a crime in New Jersey to threaten to use force or cause harm to an employee or otherwise use duress to persuade them to vote, refrain from voting, or vote for or against a certain candidate or position.

If you believe you have been the victim of workplace discrimination, harassment, or an illegal adverse employment action based on your political beliefs, you should consult with an experienced employment discrimination lawyer. The attorneys at the Mark Law Firm can help protect your rights and recover damages if appropriate. Contact us today to make an appointment at any of our convenient locations: Basking Ridge, Newark, Oradell, Jersey City, Paterson, and Union, New Jersey.