Police officers are not generally allowed to search your car without a warrant unless there is “probable cause” (a reasonable belief that something dangerous or illegal is concealed in your car). New Jersey has also traditionally required that an officer BOTH have a reasonable, specific, articulable suspicion and demonstrate that “exigent circumstances” existed for the evidence obtained from a search to be admissible in court.[1] This was a higher standard than most of the rest of the United States state courts require and a higher standard than federal courts require. 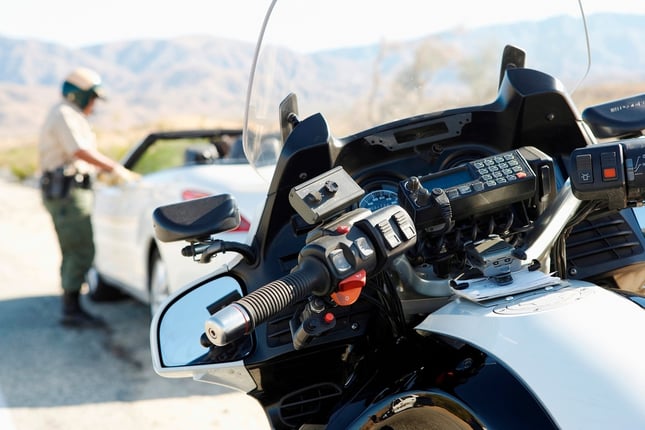 Recently, in September 2015, the New Jersey Supreme Court relaxed the requirements for law enforcement officers seeking to search a vehicle during a traffic stop by reversing a previous decision from 2009.

The New Jersey Constitution and the Fourth Amendment of the United States Constitution guarantee that "[t]he right of the people to be secure in their persons, houses, papers, and effects, against unreasonable searches and seizures, shall not be violated." These provisions also require that there be "probable cause" to issue a warrant – a document that allows an officer to conduct a search of your property or person.

Under the “automobile exception” to the warrant requirement, a police officer is authorized to conduct a search of a motor vehicle without a warrant if it is "readily mobile" and the officer has probable cause to believe that the vehicle contains contraband or evidence of an offense. There are a number of reasons for this exception. First, because a vehicle is inherently mobile, it can be quickly and easily moved and evidence destroyed. Second, courts have held that searching a vehicle roadside is a lesser intrusion than impounding the vehicle and detaining its occupants while the police secure a warrant. Finally, the U.S. Supreme Court has also historically held that citizens' do not have the same expectation of privacy in their automobiles that they have in their homes.

New Jersey has a Heightened Standard for Warrantless Auto Searches

In the 2009 case State v. Pena-Flores,[2] the New Jersey Supreme Court added an exigent-circumstances requirement to the ordinary “probable cause” test to determine when a warrantless search of a vehicle was permissible. If "(1) the stop is unexpected; (2) the police have probable cause to believe that the vehicle contains contraband or evidence of a crime; and (3) exigent circumstances exist under which it is impracticable to obtain a warrant," evidence from a warrantless search would be admissible in court. In Pena-Flores, the NJ Supreme court also set forth a complicated, multi-factor test to help police officers determine whether appropriately exigent circumstances excused the need to obtain a warrant.

Since that standard was implemented, New Jersey has struggled with maintaining these heightened standards in day-to-day practice. Despite programs to help issue telephonic and electronic warrants for officers, the average length of traffic stops has increased dramatically. The number of “consent to search” requests issued to motorists by the police has also increased exponentially.

In September 2015, the NJ Supreme Court issued its opinion in State v. Witt.[3] The Court noted that "[t]he exigent-circumstances standard set forth in Pena-Flores is unsound in principle and unworkable in practice,” which “does not provide greater liberty or security to New Jersey's citizens and has placed on law enforcement unrealistic and impracticable burdens.” The Court was very concerned that the long traffic stops placed both police officers and drivers at risk for injury while stopped on the roadways, and that vehicle consent search requests are themselves problematic (when drivers believe they have little choice but to consent).

The Witt case outlines a new standard: a warrantless search of an automobile is now permissible in New Jersey when the police have probable cause to believe that the vehicle contains contraband or evidence of an offense AND the circumstances giving rise to probable cause are unforeseeable and spontaneous. This is a higher standard than the federal standard (merely requiring probable cause), but much less strict than New Jersey’s prior multi-faceted test for “exigent circumstances.” Thus, it may be more likely that evidence obtained in a warrantless search of a vehicle will be admissible in court against a defendant.

If you think that your rights have been violated during a traffic stop, or you’ve been arrested in a vehicle-related incident, you should seek professional legal advice. A criminal defense lawyer like those at the Mark Law Firm can help determine if there are any legal remedies or defenses available to you. Our experienced attorneys in Newark, Oradell, and Basking Ridge are available to represent you in criminal and civil disputes, as well as personal injury lawsuits. Contact us today.