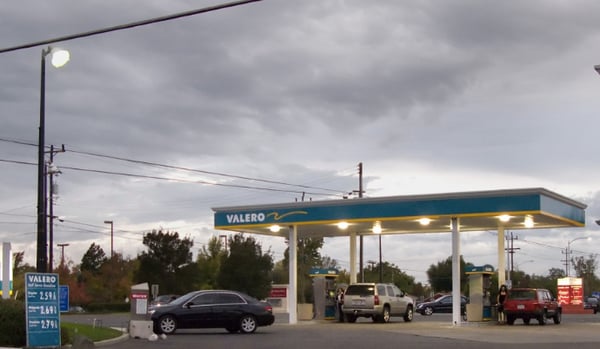 Following an investigation by the U.S. Labor Department, a number of New Jersey gas station owners have agreed to pay approximately $2.1 million to compensate underpaid station attendants at 24 central and south Jersey locations. The federal bureau’s investigation found the workers had not been receiving the minimum wage and overtime required by law. Do you know what pay you’re entitled to under the law?

Federal minimum wage laws require that non-salaried workers be paid at least $7.25 per hour. For workers in New Jersey, the minimum wage is $8.60 per hour (2018 numbers). Tipped employees are an exception; they may be paid only $2.13/hour, although the employer must keep track of all tips and meal credits and ensure that each worker’s average hourly compensation over the course of each week amounts to at least the New Jersey minimum wage or else it must pay the difference. Additionally, the New Jersey Prevailing Wage Act (PWA) establishes minimum wage levels for workers engaged in construction, maintenance, and other building trades and/or services for public works in New Jersey, which vary depending on workers’ experience, specialty, and location.[1]

In New Jersey, employees are not entitled to breaks during a shift unless they are minors. However, if your employer does allow you to take short breaks (under 30 minutes), the federal Fair Labor Standards Act (FLSA) requires that your employer pay you for these short breaks (i.e., cannot require you to clock out). Your employer is permitted to require you to work overtime (more than 40 hours in your employer’s standard workweek), but overtime must be paid at a rate of one and a half times (150% of) your regular rate of pay for each hour worked in excess of 40 hours during the work week. A number of different professions and types of workers are exempt from the overtime requirement, including professionals, executives, administrative workers, and outside professionals, but workers paid minimum wage are generally entitled to overtime pay.

How Are Violations Discovered and Corrected?

The U.S. Department of Labor enforces the protections of the FLSA, making sure workers are paid the wages they are owed. In 2017, it discovered over $270 million in back wages owed to American workers. Its wage and hour enforcement division conducts investigations to enforce the laws and ensure employer compliance. Many of these investigations begin with worker complaints, but not all; the labor department also independently selects certain types of businesses or industries for investigation.

One way that employers can violate the FLSA is by engaging in alternative payroll measures that may not be intentionally shortchanging employees but nevertheless violate the law. For example, some station owners pay pump attendants a lump sum at the end of each week rather than calculating the correct hourly rate. Even if it “works out” over time to equal the minimum wage per hour, it is impermissible under the law: Employees must be paid for the time they actually work in each given one-week pay period (e.g., Saturday–Friday or Monday–Sunday), including appropriate amounts for overtime.

To conclude an investigation into minimum wage, overtime, and other wage violations, the Department of Labor has the authority to recover back wages and liquidated damages (to be paid to employees) and/or assess civil money penalties (to be paid to the government). If an employer does not agree to pay the assessed amounts, the DOL may pursue litigation in federal court against an employer. In the case of the New Jersey gas stations, the owners agreed to pay wages to numerous employees in addition to penalties for certain of the violations rather than proceed to litigation.

Should You File a Lawsuit or a Complaint?

Most employees in the U.S. are protected by federal wage laws, state wage laws, or both. If you believe your employer has violated state or federal wage and hour laws—for example, by failing to pay you minimum wage or overtime or not paying you appropriately under the New Jersey PWA—you can file a wage claim with the U.S. Department of Labor’s Wage and Hour Division or a complaint with the New Jersey Department of Labor.

In certain circumstances, it may be preferable to pursue a lawsuit to recover your unpaid wages. If you have been wrongfully discharged, retaliated against, subjected to discrimination, or suffered other adverse employment actions, filing a lawsuit may be the best way for you to proceed. Additionally, if you have a very large claim for unpaid wages, a lawsuit may be the only way for you to fully recover; in New Jersey, you can only file a wage claim with the DOL for $30,000 or less. An attorney can help you decide which legal or administrative remedy is best for your situation.

If you have been underpaid, shorted on wages, or just aren’t sure whether you’re getting what you deserve, the experienced employment attorneys at the Mark Law Firm can help. Our team of experienced lawyers has convenient locations throughout New Jersey. We will review your situation and help you figure out whether you may have a legal basis for a workers’ compensation, employment, or wage and hour claim. Then, we’ll help you file a claim or take other legal action to protect and enforce your rights and recover the compensation you deserve. Contact us today.