Is It Against the Law for an Employer to Ask Your Salary History? 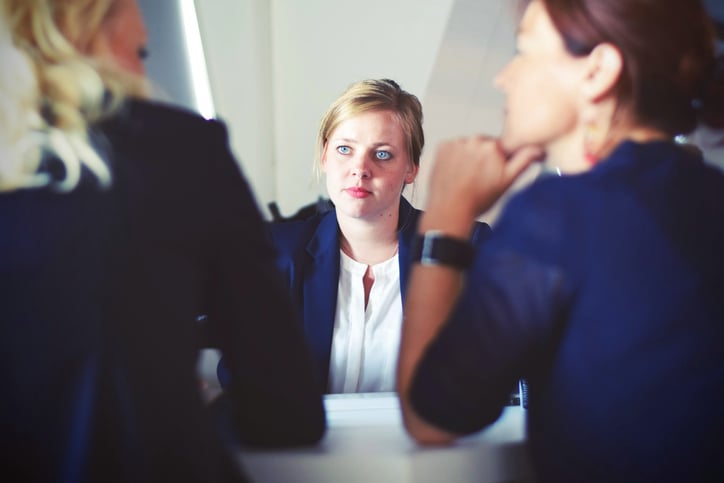 If you’ve ever applied for a job or undergone a job interview, you’ve likely been asked questions about your previous employment and salary history. Recently, many cities and states have passed laws restricting or prohibiting prospective employers from questioning applicants about their salary history. New Jersey is considering a law addressing this issue, too. These laws could change the hiring process significantly for both candidates and hiring managers.

Why would a jurisdiction outlaw salary history discussions?

The motivation behind banning employers from asking about a candidate’s salary history is to attempt to discourage and remediate wage discrimination in the workplace. Bans like the one in New York City make it illegal for public and private employers of any size to ask about applicant’s salary history during the hiring process, including in advertisements for positions, on applications, or in interviews. The NYC Commission on Human Rights explains, “rather than rely on an applicant’s previous salary, employers and job applicants can now engage in salary negotiations focused on the applicant’s qualifications and requirements for the job to set a salary.”

Supporters of the ban say the goal is to reduce the pay gap between men and women in the American workplace. According to the National Women’s Law Center, women still earn on average about 80 cents to a man’s dollar nationwide. Eliminating discussions of a female candidate’s previous salary history is designed to reduce the risk that a prospective employer will underpay her for a position based on her previous wages rather than determine a fair wage.

As of late 2017, Massachusetts, California, Oregon, Delaware, Puerto Rico, New York City, San Francisco, Pittsburgh, and New Orleans have passed salary history bans. (Philadelphia also passed a ban that has been put on hold pending resolution of a legal challenge.) Similar laws were also passed by New Jersey and Illinois legislatures but vetoed by the states’ governors; both New Jersey and New York state will likely see additional proposed legislation on the topic in the near future.

Why is this legislation controversial?

Not everyone thinks these laws are good for business. The Chamber of Commerce of Greater Philadelphia sued the city to prevent enforcement of a new salary history ban, arguing that the ban violates employers' free speech rights and makes it harder for companies to set competitive wages and attract top talent. Its lawsuit also supported the utility of asking about prior wages, citing a need to use wage history to identify which job applicants it can afford and to determine the comparable salary for any specific job.

Supporters of the bans argue that employers should use labor market data, information about previous jobholders’ salaries, and the candidate’s job experience, skills, education, and performance in the interview process to set an appropriate salary rather than looking at the subjective salary history of each candidate.

What are the penalties for violating these laws?

The bans vary across the country in their specific language and scope; some, like Oregon’s, prohibit a prospective employer from using prior salary information in any way to make decisions about a candidate’s compensation—even if the candidate volunteered the information. The differences between the laws can make it complicated to understand what your rights are and whether they have been violated. If you believe you have been affected by these laws, it’s best to contact an experienced employment attorney for advice.

In some states and jurisdictions, violating a salary history ban carries both a fine and potential jail time, but most penalties are monetary. Fines can be significant, however; employers that violate New York’s prohibition can be fined up to $250,000. An applicant who believes they have been discriminated against in the hiring process or in an employer’s offer of compensation may also have a claim for gender discrimination, racial discrimination, or other type of discrimination based on a characteristic protected by local, state, or federal law. The New Jersey Law Against Discrimination (NJLAD) prohibits employers from discriminating based on race, gender, religion, nationality, and certain other protected characteristics. Other federal and state statutes, including the federal Civil Rights Act, Age Discrimination in Employment Act of 1967 (ADEA), the Pregnancy Discrimination Act (PDA), and the Americans With Disabilities Act (ADA) may also apply to your situation and provide you with a way to get justice and seek compensation for damages.

If you feel that you’ve been the victim of employment discrimination in New Jersey or have questions about how to comply with new laws as a hiring professional, the experienced attorneys at the Mark Law Firm can help. Call us today to set up an appointment with one of our anti-discrimination attorneys.