How Can a Clothing Allowance Be Gender Discrimination? 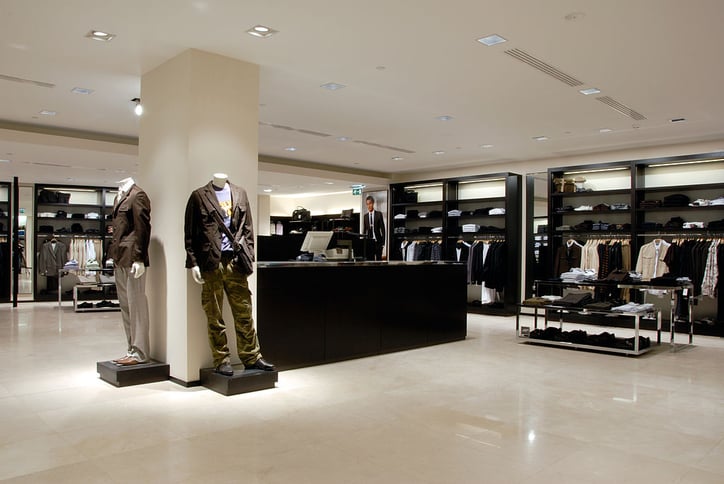 A group of female sales associates has filed a lawsuit against a New York-based men’s clothing company because of clothing allowances it gave only to its male store employees.[1] A federal court recently determined that the women can proceed with their lawsuit as a class action for discrimination and violations of the Equal Pay Act.

The Facts: Clothing Allowances Only for Men

In this case, the retail store provided a substantial clothing allowance (up to $12,000) to each male sales associate so they could wear the store’s merchandise while at work. The store did not sell women’s clothing, so women wore the clothing of their choice (within guidelines) and did not receive any compensation for work attire. The men were allowed to purchase the clothing of their choice from the company with the clothing credit, and they were permitted to retain the clothing when their employment ended. The store sells typical men’s business attire, appropriate for ordinary wear, and there was no prohibition on employees wearing the attire they obtained using the allowance outside of work for personal business.

The Law: Equal Pay and Non-Discrimination

The right of employees to be free from gender discrimination in their compensation is protected under several federal laws, including the Equal Pay Act of 1963 and Title VII of the Civil Rights Act of 1964, and the New Jersey Law Against Discrimination (NJLAD). The Equal Pay Act considers “compensation” to be all payments made to or on behalf of employees as remuneration for employment, including salary, overtime pay, bonuses, stock options, profit sharing and bonus plans, life insurance, vacation and holiday pay, cleaning or gasoline allowances, hotel accommodations, reimbursement for travel expenses, and benefits.[2]

The Equal Pay Act requires that men and women be compensated equally for substantially equal work: jobs that require substantially equal skill, effort and responsibility and that are performed under similar working conditions within the same establishment. Pay differentials are permitted when they are based on seniority, merit, quantity or quality of production, or another factor other than gender. It is the employer’s burden to prove that any of these "affirmative defenses" apply to justify the discrepancy.

The company challenged the action, claiming it was not properly brought under the Equal Pay Act, since the women were not required to purchase and wear the company clothes like the men were (i.e., that this constituted a substantial enough difference between the two job requirements that the EPA did not apply). The court found that the women had met their initial low burden of alleging facts that could form the basis of an Equal Pay Act claim; their case will now proceed on the merits and be decided by a judge or jury. The court also found that all women employed by the company within certain time parameters who did not receive the $12,000 allowance have a sufficient commonality of interest that a class action lawsuit is appropriate (where one or a few plaintiffs represent the interests of, and possibly get a recovery on behalf of, many similarly situated individuals not participating directly in the court proceedings).

How would paying people differently amount to discrimination?

“Disparate treatment” is a special kind of discrimination that occurs when different groups of individuals are treated differently as a result of protected characteristics (such as sex or race). Disparate treatment cases have involved situations like paying members of a protected group less, failing to promote them at similar rates of pay or at a similar pace as non-members of this group, and subjecting them to different conduct standards or harsher disciplinary action. This kind of discrimination is prohibited by state and federal laws.

In this situation, the company treated women less favorably at the outset by providing a benefit to male employees that it did not provide to women. It will likely argue that the clothing allowance was not intended a benefit to the employees; rather, the company required male workers to wear its clothing and reimbursed them for the cost of doing so in order to display its wares to the public. Women were not required to wear or purchase any specific clothing for their positions, so no compensation was given.

The company’s defense will revolve around its claim that it did not provide an allowance to women because the company did not make women’s clothing, so purchasing work attire for women would net no benefit for the company (i.e., that the male employees were wearing the clothing for the benefit of the company rather than the clothing being a benefit to the men). However, the clothing allowance did not just compensate them for their work attire; it also provided an additional tangible benefit to the men because they could keep and use the clothing for personal, ordinary wear (unlike, for example, a delivery driver’s uniform or a hockey jersey).

Have you been a victim?

Disparate treatment, pay disparity, and other forms of employment discrimination are illegal under federal and state laws. If you think that your employer has engaged in wrongful discrimination against you based upon a protected characteristic like race, gender, or nationality, please contact the Mark Law Firm for a consultation. You may be entitled to monetary compensation for lost wages and opportunities as well as possible compensation for emotional distress, pain and suffering, and attorney’s fees. Having a knowledgeable New Jersey employment lawyer on your side can make all the difference.