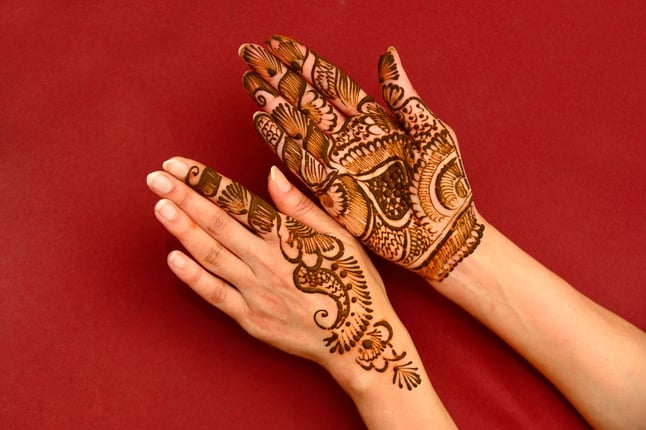 What happens when an employee’s expression of religious beliefs conflicts with an employer’s dress code? A lawsuit recently filed in the Camden County Superior Court revolves around just that question.

Religious Expression vs. Dress Code: The Facts of the Lawsuit

Althea Saunders has been a receptionist at Cooper University Hospital in Camden for 24 years. She is an observant Muslim. As part of her religious practices, she participates in ceremonies in which henna ink is applied to her body. Although the ink is not permanent, this practice is sometimes known as “henna tattooing” because the ink dyes the skin and lasts for days, sometimes weeks. During certain Islamic religious rituals, women ceremonially decorate their hands and feet with henna.

The Hospital has a dress code policy addressing visible tattoos or markings. It provides that: "Every effort should be made to cover or conceal tattoos. Tattoos or markings that are offensive or portray violent/threatening images must be covered."

Ms. Saunders claims that the Director of Health Care Access asked her about the henna markings on her hands, to which she responded that they were part of a religious observance. The Director and another administrator told Ms. Saunders that she could not continue her shift because of the visible markings. When she complained, however, a third administrator overruled them and allowed Ms. Saunders to continue working wearing medical gloves. She believes that negative performance evaluations she received subsequently were because of that incident, since prior to that disagreement she had received positive evaluations. Her complaint for religious discrimination also alleges that her supervisors threatened disciplinary action if she came to work with visible henna markings again.

Is this a Violation of the New Jersey Law Against Discrimination (NJLAD)?

The New Jersey Law Against Discrimination (NJLAD) prohibits employers from discriminating based on religion and from forcing those of faith to violate their religious beliefs as a condition of obtaining or maintaining employment.

Employers have a right to implement a reasonable, uniformly applied dress code, but the law sometimes requires that they make exceptions for religious, health, or disability reasons. This is called “reasonable accommodation.” For example, a reasonable accommodation for a security guard with a broken foot might be to temporarily allow him to wear a comfortable shoe or walking boot rather than his ordinary required uniform dress shoe.

Retaliation against an employee for requesting accommodation for protected purposes, including the free exercise of sincerely held religious beliefs, is also prohibited by the NJLAD. If the negative performance evaluations Ms. Saunders received were pretextual – that is, allegedly for poor performance but in fact issued in retaliation for asserting her religious rights – she could recover damages under the NJLAD.

If you’ve been the victim of discrimination based on your religion, age, gender, race, nationality, pregnancy status, or other protected characteristic, the experienced employment attorneys at the Mark Law Firm can help. Contact us today to set up an appointment with one of our Newark, Oradell, or Basking Ridge employment attorneys.