It is a rare occurrence when Workers Compensation Law and Employment Discrimination Law overlap. These two areas of the law are often litigated separately and treated as two entirely separate issues. This is why when the New Jersey Superior Court, Law Division, released a written opinion on Defendant’s Motion to Dismiss in McManus v. Bd. Of Education of Somerset County, concerning a case brought under the New Jersey Law Against Discrimination, Employment and Workers’ Compensation practitioners alike scratched their heads. 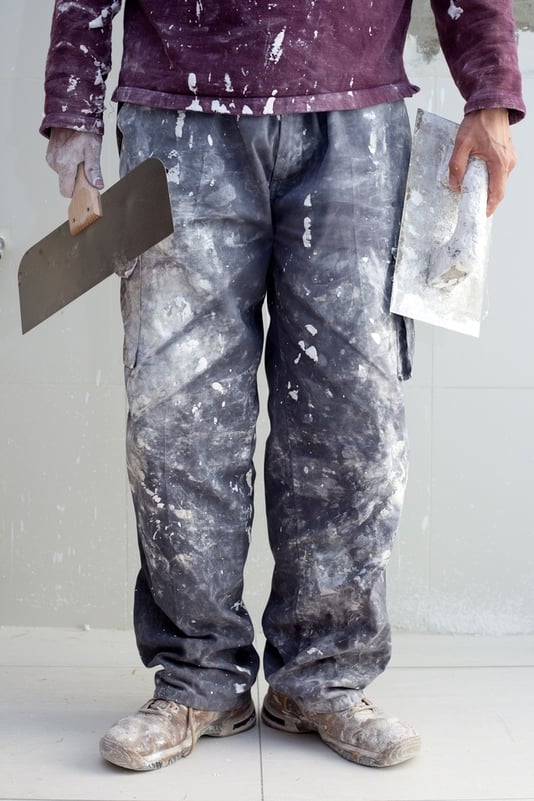 One of the questions brought before the Court was whether the Plaintiff’s New Jersey Law Against Discrimination claims are precluded by the Workers’ Compensation Statute. The Court held that the claims alleging “intentional” acts of discrimination are not barred by the Workers' Compensation statute, but that all of Plaintiff’s other claims are. This ruling flies in the face of New Jersey state and federal case law that allows an employer to be held liable for its negligence in failing to take due care to prohibit sexual harassment under the New Jersey Law Against Discrimination and Title VII.[1] This ruling raises the following questions: How did this happen? Did the McManus Court just get it wrong? What should Plaintiffs in this situation do now?

How did the McManus Court come to this conclusion?

The premise and purpose of the New Jersey Workers' Compensation Law is to provide a “no fault” system in which workers who are injured on the job can be protected and compensated for medical expenses and a portion of lost wages due to a work-related injury. In exchange for the no-fault system, in which an injured worker can recover compensation regardless of whether any person was negligent in their actions, the law precludes any other recovery from an employer for actions of negligence which result in a work-related injury.[2]

Before the workers’ compensation system was put in place, workers could only recover from the employer for work-related injuries when the injury was the result of the employer’s negligence or intentional act. This meant that the employee would have to bring a legal action and prove that the employer knew or should have known that the injury was a foreseeable consequence and yet failed to act prudently to prevent such injury. If the employee could prove this, he could recover for all damages that were a result of the injury, including lost wages, medical bills and treatment, and pain and suffering.

Following the implementation of the new and revised workers’ compensation system, an employee no longer had to prove that the employer was at fault in some way in order to recover. However, the recovery and avenues for recovery were limited by the statute. First, the claim had to be brought in workers’ compensation court, which is a quasi-judicial administrative body. Second, the worker could only recover temporary disability benefits for up to 70% or the statutory maximum of his normal wages for the time he was out of work due to the injury, as well as medical coverage and permanency benefits as defined by the statute. Third, the employer had the right to control medical treatment provided to the worker. Importantly, employees were prohibited from bringing any action against the employer in the Superior Court, unless the employer’s actions were intentional (i.e., workers' compensation benefits were his exclusive remedy).

This makes sense when it is put in the context of a great number of workplace injuries, particularly those that are physical in nature. Employees can, however, also recover through the workers’ compensation system for psychological injuries that arise out of and in the course of employment.

Setting aside for a moment the workers’ compensation system, the New Jersey legislature enacted the New Jersey Law Against Discrimination (LAD). This legislation provides a statutory remedy for, among other things, workplace discrimination and harassment. The purpose of the statute is to eradicate the cancer of employment discrimination. So this begs the question: If claims brought under the LAD seek recovery for injuries (whether lost wages or emotional distress) that arise out of and in the course of employment, are these precluded under the workers’ compensation statute?

Is the McManus court wrong?

The McManus court correctly analyzed the workers’ compensation exclusivity provision for a “personal injury” claim. The statute provides that “[i]f an injury or death is compensable under this article, a person shall not be liable to anyone at common law or otherwise on account of such injury or death for any act or omission occurring while such person was in the same employ as the person injured or killed, except for an intentional wrong.”[3] An intentional wrong is defined as “deliberate intention beyond gross negligence," or “willful and wanton failure of an employer to undertake known safety and health procedures for the protection of its employees.”[4]

However, the New Jersey Supreme Court in Millison v. E.I. du Pont de Nemours & Co. found that “[c]ourts must examine not only the conduct of the employer, but also the context in which that conduct takes place: May the resulting injury or disease, and the circumstances in which it is inflicted on the worker, fairly be viewed as a fact of life of industrial employment, or is it rather plainly beyond anything the legislature could have contemplated as entitling the employee to recover only under the Compensation Act?”[5]

While discrimination, harassment and the emotional distress that flow from the violations of the New Jersey Law Against Discrimination are not necessarily the result of “intentional” acts, they do arise out of and in the course of the employment. The McManus court therefore found that because these were work-related injuries and the Plaintiff had also filed for recovery in workers compensation, a claim is precluded from Superior Court for anything other than allegedly intentional acts.

While the McManus court clearly believed the strict language of the statute pigeon-holed discrimination and harassment claims into the workers’ compensation system, the real inquiry as set forth by Millison is whether the legislature contemplate the Law Against Discrimination as being precluded by the Workers’ Compensation Act except for instances of intentional conduct? The answer here is no. And we believe the McManus court got this one wrong.

The New Jersey Law Against Discrimination sets forth a variety of remedies and rights for a plaintiff bringing claims that are strictly excluded from the Workers’ Compensation statute. For example, the Law Against Discrimination provides for a jury trial, which is prohibited in workers compensation cases; rather, the fact finder in those cases is the workers’ compensation Judge. The Law Against Discrimination additionally states, “Any complainant may initiate suit in Superior Court under this act…. Upon the application of any party, a jury trial shall be directed to try the validity of any claim under this act specified in the suit. All remedies available in common law tort actions shall be available to prevailing plaintiffs. These remedies are in addition to any provided by this act or any other statute.”[6]

The statute specifically states that LAD actions may be brought in Superior Court and all common law tort remedies shall be made available. This demonstrates legislative intent that these actions are to be dealt with in Superior Court in addition to any statutory remedy like the workers’ compensation system. Punitive damages and pain and suffering are a part of a "fault" system, which means that a plaintiff bringing an LAD claim must prove employer wrongdoing. Additionally, LAD provides for individual liability tax penalties, attorney contingency agreements, fee shifting and more remedies that are not allowed in the workers compensation system.

This analysis is further supported by Schmidt v. Smith, in which the court found that the plaintiff’s allegations of sexual harassment were “plainly beyond anything the legislature could have contemplated as entitling the employee to recover only under the compensation act.”[7] This point was subsequently affirmed by the New Jersey Supreme Court.[8]

This analysis would allow not only for a plaintiff to file suit under the New Jersey Law Against Discrimination for all damages, but also for the treatment and recovery for associated conditions. For example, psychological treatment could be addressed in the workers’ compensation system, in addition to Superior Court. While there may be some minor overlap between workers’ compensation and LAD litigation, such that both may result in psychological and physical harm to an employee, the causes of action are entirely different.

How should plaintiffs address this issue?

As the McManus case has not been overturned by an appellate decision yet, it is important for employees to understand the possible consequences of filing a workers’ compensation claim for psychological injuries associated with discrimination and harassment, as this is when a red flag would be raised to an employer. As this case law exists to preclude recovery in the LAD claim if the workers' compensation claim has already been filed, petitioners and plaintiffs alike must be aware of the possible consequences for an employer to defend against an LAD claim.

If you have suffered a work-related injury, you should consult with an attorney experienced in both workers' compensation claims and employment lawsuits under the New Jersey Law Against Discrimination (NJLAD). Having a New Jersey workers' compensation attorney experienced in all facets of recovery working on your side can make all the difference.  Contact us today for a consultation at one of our three convenient offices in Newark, Basking Ridge, or Oradell.