Should a Lawyer Review a Non-Compete Agreement? 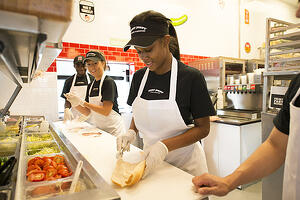 After diligently searching for work and going on an interview, you have found a new job and are excited to begin work.  Before you begin, your employer asks you to review some company policies and sign some documents.  Some of these documents, such as tax forms, are common, and you may remember them from when you started a previous job.  Within the documents, however, there is an unfamiliar or cryptic item titled “Non-Compete Agreement.” What should you do? Perhaps you should consider hiring a lawyer to review the document before you sign it.

At times, non-compete agreements can be unfair.  For instance, it was recently reported that sandwich chain Jimmy John’s has been requesting its employees sign a non-compete agreement. While this type of agreement may make sense in a field such as medicine, it seems unusually restrictive for workers who make and sell sandwiches.  In fact, this agreement seems so unfair that employees who were forced to sign it are now suing on the basis that the document is overly broad and oppressive.